Women in the Trades: An Anecdote

Candice Stacey Shaw is one of a few hundred construction personnel on any given job site in New York City, yet one of only a small percentage of women throughout the city in a skilled trade career.

Shaw, 24, of Staten Island, NY, was fortunate enough to receive assistance from an organization called the Nontraditional Employment for Women (NEW). The group, founded in 1978, aims to secure job opportunities for women in a variety of skilled trade industries, including positions in construction and transportation. Shaw belongs to the International Brotherhood of Electrical Workers (IBEW) Local Union 3, and was placed in the union with the help of NEW.

Women can often face discrimination during the application and training phases of apprenticeships, as Shaw has witnessed firsthand. “Even with the newer generations, some guys don’t think women belong,” Shaw says. “I think it’s because, traditionally, unions were fathers and sons, handed down from the family. Now it’s not like that so much.”

She’s also an African American woman, representing cultural and gender identities that often are associated with limitations of one’s position in society and the workforce. According to the United States Bureau of Labor Statistics, women represented only 9.1 percent of the construction workforce in 2016, with only 2.9 percent being African American and female.

But, Shaw is very aware of the stigmas surrounding her heritage and gender, and uses those ideas and misconceptions as motivation to work harder.

“If I’m on a job, and a man sees me, I’m representing whatever perception he has of a Black woman,” she says. “I feel like I have to be on time, do as much as I can and don’t let them coddle me. Then they can see Black women aren’t like that because I’m the only real life experience they will have.”

In Norwalk, CT, Lisa DelCegno, 27, has faced similar barriers and uncomfortable situations due to her gender.

“I haven’t had that many negative experiences,” DelCegno says. “A lot of it is little annoyances. You know, like, oh hey, sweetheart. Hey doll or – you know, different little kind of pet names and I’m like, ‘You don’t know me like that. This is not an appropriate setting for that,’ or guys are like, ‘Oh, let me help you with that. Let me do this. Let me do that.’”

After a while though, as with Shaw, DelCegno put in the extra effort and was able to showcase that her knowledge, strength and skills were of an equal or greater level than her male colleagues.

“Sometimes it takes a little bit of convincing,” DelCegno says. “But when you’re really putting the work in, people can tell and they appreciate that and they want you to – already a short list of customers where they’re like, ‘I want you to be the person to come to my house.’ So people recognize when you do good work. I found that that’s really – as long as the end result is what they want, as long as they’re happy with that, then it doesn’t really matter if I’m a woman or not.”

As for Shaw, she’s certain that the perception of her gender and race will only be getting better.

“I think [the stigma] is definitely going to change, because the people with those types of ideals are retiring quickly,” Shaw says. “It’s a lot of baby boomers that are journeymen. I have so many people that are retiring now or in the next five years. When you go to the job site, it’s a lot more different than what people might assume. I’ll have a Puerto Rican guy who’s 20, a Black guy who’s 30. The older white guy is kind of the minority now.”

And for DelCegno, she has words of wisdom for any woman looking to follow in her footsteps.

“I would say to another woman is if problem solving is something that really interests you or mathematics, making things work, fixing things, taking things apart, putting them back together, there is nothing that feels better in my opinion than being able to say, ‘I fixed it’ —  even if you broke it in the first place.” 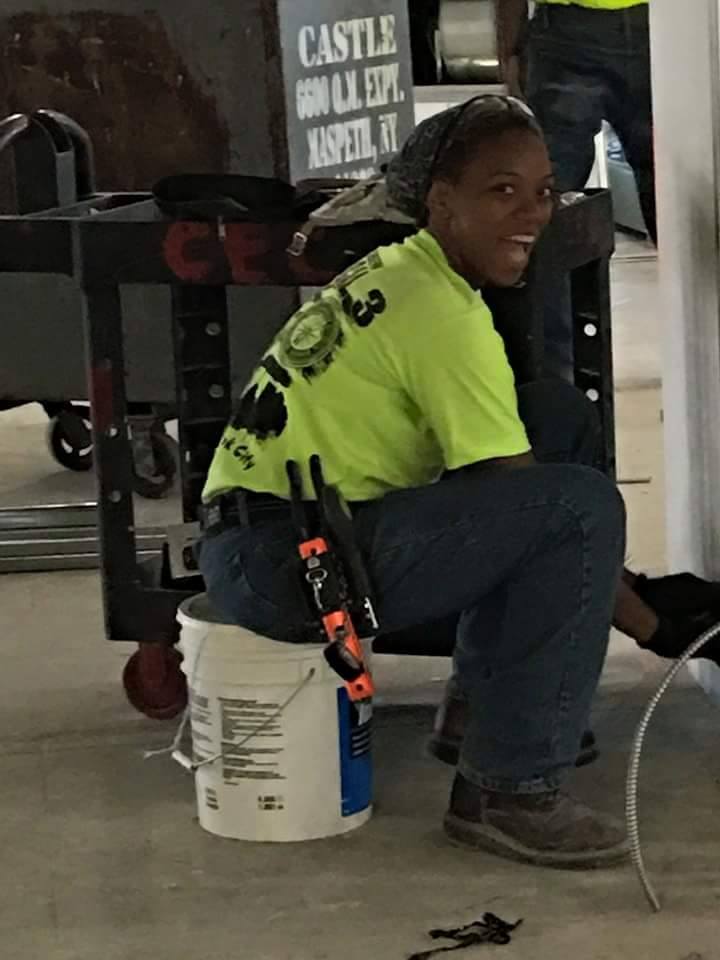 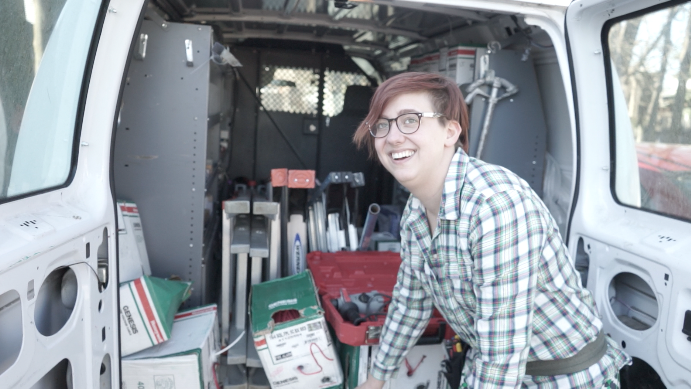 Read the stories of the white collar workers trading in their dress shoes for work boots.

Watch as the men and women of former white collar industries are educated and trained in their new careers.

Listen to the stories of the white collar workers as to why they made the switch, the benefits they’ve experienced and their families’ reactions.

Learn more about the story, the reporting and its author.

Women in the Trades

Learn more about Lisa DelCegno and Candice Stacey Shaw and their experiences of being women in the skilled trades.

Watch as the men and women of former white collar industries working in their new blue collar fields.

Learn more about some of the interviewees from the main story. You’ll find out more about what motivated them to leave, their work backgrounds and how they like their new job.

The Photos: Training and Education

View an interactive gallery to learn more about the specifics behind training and education for skilled trades in New York.